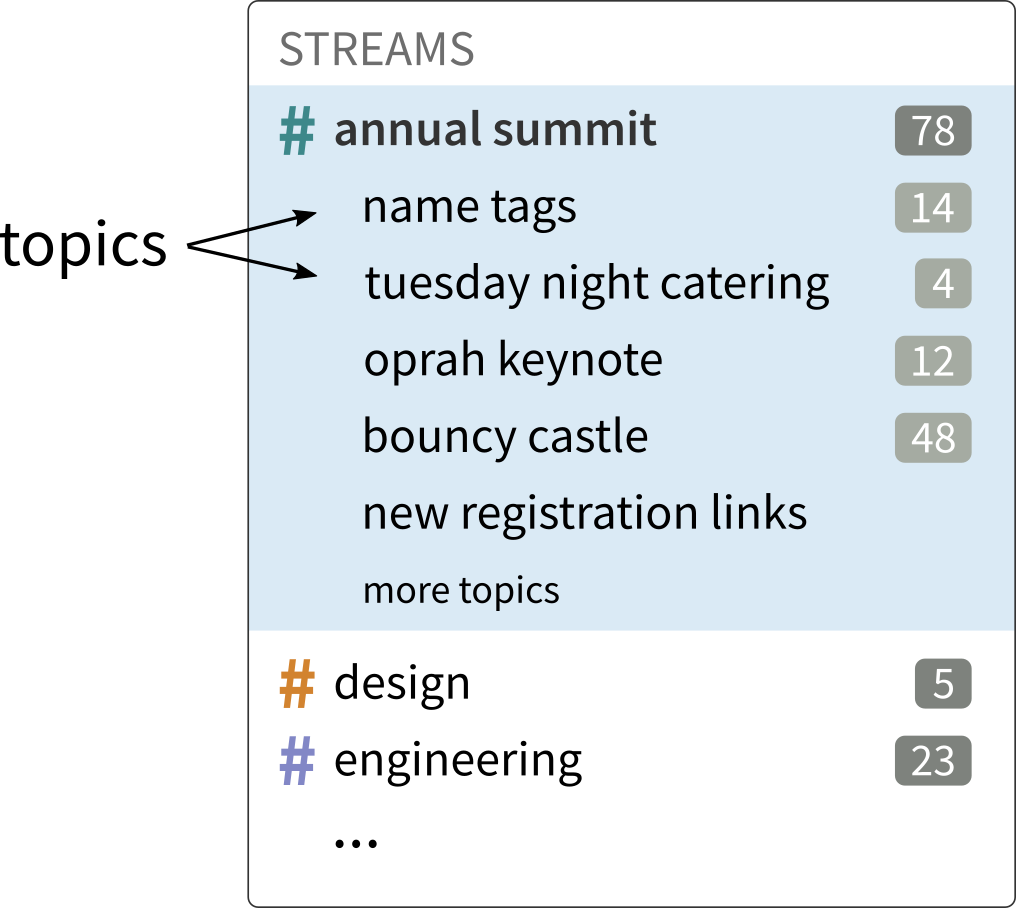 We’re excited to announce the release of Zulip Server 4.0, containing hundreds of new features and bug fixes! Zulip is an open-source team collaboration tool with unique topic-based threading that combines the best of email and chat to make remote work productive and delightful. Fortune 500 companies, leading open source projects, and thousands of other organizations use Zulip every day.

This is our largest release ever, with over 4300 new commits since Zulip 3.0. A total of 137 people contributed commits to Zulip 4.0, bringing the Zulip server project alone to 698 distinct code contributors. With 68 people who’ve contributed 100+ commits, Zulip has by far the most active open-source development community of any team chat software, and is translated into 17 languages.

Huge thanks to everyone who’s contributed to Zulip over the last few months, whether by writing code and documentation, reporting issues, testing changes, translating, supporting us financially, posting feedback on chat.zulip.org, or just suggesting ideas! We could not do this without the hundreds of people giving back to the Zulip community.

Today marks a release of the Zulip server, but lots of exciting work has been happening outside the server codebase as well. Highlights include:

Because this is such a huge release, just listing the hundreds of important changes makes our changelog incredibly long. Here are some highlights:

As part of making Zulip the ideal collaboration platform for large organizations, a major theme of this release is improved moderation and permissions features.

Additional moderation and permissions features for large companies and open communities will remain a major focus for the rest of 2021.

See the detailed changelog for dozens of other notable improvements, including new features, performance optimizations, and bug fixes. If you administer a Zulip server, we encourage you to read at least the list of added features at the top, since there are a number of useful new settings introduced in this release that you may want to take advantage of.

We highly recommend upgrading, since this release is a big improvement over previous releases. We work hard to ensure that upgrades are smooth; you can upgrade by following the straightforward upgrade instructions. The upgrade notes section of the changelog details changes you’ll want to understand before upgrading.

Many installations have already upgraded to release candidates, so we feel very confident in this release. But if you need help, best-effort support is available on chat.zulip.org. You can also purchase commercial support from the Zulip core team.

I’d like to take this opportunity to advertise a few opportunities to contribute back to Zulip:

Thanks again to the amazing global Zulip development community for making this possible!

What follows is a summary of the code contributors just to this server release.

Check out other posts on the Zulip Blog, or sign up to receive emails about new posts and other Zulip announcements.